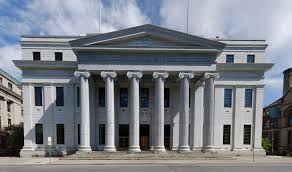 Ok, you lost at trial, or maybe even pleaded guilty to a crime. Does that mean that the result is final? No, because in New York you can appeal. In many instances not only is an appeal possible, but a defendant in New York is entitled to it as a right. An appeal means that, once you have found an appellate lawyer, your case can be reviewed by a higher court to make sure that everything that happened in the trial court was done properly. So, just because you lost the battle below, doesn’t mean that you can’t still win. I’ve argued many appeals in New York, including at the Appellate Division and the Court of Appeals (our State’s highest court), to great success. Specifically, I’ve had several criminal convictions, from trials and guilty pleas, reversed and the charges dismissed on appeal. As a New York appellate attorney, my clients have had decades of their lives that would have been spent in prison given back to them. I want to do the same for you in your appeal. Click the links below to read the court opinions, and call me if you need an expert appellate attorney anywhere in New York.

For more information go to http://appellateny.com