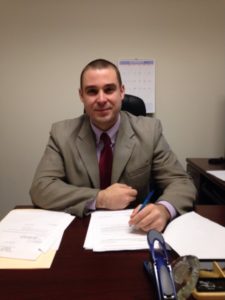 I practice primarily in the areas of Criminal Defense, including DWI, DUI and Traffic Tickets, Appeals, Personal Injury, Custody and Divorce law.  I also handle a variety of general practice areas, and am well versed in many other areas of law.  Geographically, I most frequently appear in courts in upstate New York’s Adirondack region, including:

It definitely counts as a lawyer, and I have a lot of it.  Since being admitted to the Bar, I have represented thousands of clients in all different varieties of cases. I have appeared on behalf of clients in every level of court that exists in New York State as a criminal defense, DWI, DUI, personal injury, traffic ticket, family and divorce lawyer.

I have had significant success at all levels, including trials and appeals.  As an appellate lawyer, I have argued in the Court of Appeals –  our State’s highest court – something that 99% of attorneys never do.  I encourage you to click each individual practice area menu and read my blog to learn more.  If you are looking for a criminal defense, DWI, DUI, personal injury, traffic ticket, family, divorce or appellate attorney in the greater Glens Falls or Saratoga areas, or anywhere else, let me put my experience to work for you!