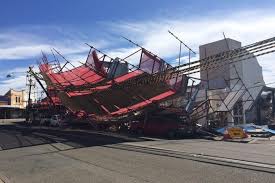 If passed, it will have a major impact on personal injury cases in the construction context. every legislative session since 2006, typically without any counter-part bill in the Senate. The bill seeks to fundamentally change the way that certain Labor Law claims, particularly those that are brought under the infamous (for insurance companies) “Scaffolding Law”, are litigated by adding a new section to New York’s Civil Practice Laws and Rules. Before we get into the specifics of the proposal, a little background in civil negligence – the backbone of most personal injury litigation – is appropriate. Conceptually, negligence at its core is not complex. If person A owes a duty to exercise reasonable care under the circumstances to person B (think drivers on the road, who all owe a duty to one another), person A can be liable for person B’s personal injuries if he or she breaches that duty and the breach is the proximate cause of person B’s injuries. So, for example, if person A is driving erratically and causes person B to crash thereby injuring person B, person A is liable for the damages. Simple.

Typically, negligence actions for personal injury in New York are subject to the rule of comparative fault. This means that where a plaintiff’s own culpable conduct or negligence is a substantial factor in causing the harm for which he or she is seeking recovery, their recovery is reduced according to their percentage of fault. In our example above, lets say person A was primarily responsible for the accident but person B drove their car knowing that the brakes were faulty and needed to be replaced. Person B’s conduct will reduce their recovery, according to their share of fault, if the faulty brakes were a substantial factor in causing the harm suffered. The rule can be carried to its logical conclusion such that a plaintiff who is found to be 99% responsible for their own injuries can still recover 1% of their overall damages. This is known as true comparative fault. Basically, the rule is that both the plaintiff and defendant can be at fault, and the plaintiff’s damages are reduced by their share of fault, however large or small. It can all get a little confusing so if there are any incidents that occur, it’s worth using a skilled personal injury attorney in Jonesboro, or wherever the accident has happened, to make sure that each case is dealt with properly and efficiently. Using a well-educated and well-knowledged attorney can resolve issues an inexperienced attorney might struggle with, especially within a certain field.

Certain types of personal injury actions, however, are not subject to this rule. The prime example is the Labor Law § 240(1) claim, or the infamous (did I say that already?) “Scaffolding Law” claim. For our purposes, the law requires owners and general contractors of construction sites (except owners of one and two-family dwellings who contract for but do not direct or control the construction work) to enact or cause to be enacted certain safety measures, including scaffolding and accompanying safety devices, for workers on the site. The law creates a statutory duty of care, which if breached, imposes absolute liability on the owner or general contractor for the injuries sustained by a worker so long as the breach is the proximate cause of the worker’s height-related injury. Using software that monitors construction site activity can help with anything that may come up, construction daily report software from sites like rakenapp.com can provide for these companies.

Absolute liability, you say, what’s that? Simple. Once it is shown that the statute is violated, the fault of the injured worker does not play a role so long as the violation of the statute is the proximate cause of the worker’s injury. Thus, even if our injured worker was partially responsible for their own injuries, their damages are not reduced according to their share of fault and the owner and / or general contractor are on the hook for the whole shebang. A worker can even recover in some situations where the required and appropriate safety devices are made available but not used by the worker. Sounds like a plaintiff’s dream, and it can be. Keep in mind, however, that a plaintiff doesn’t get anything if the violation isn’t the proximate cause of their damages. For instance, a plaintiff who disobeys instructions not to use a particular piece of equipment such as ladder, and is injured using the ladder, will likely not recover on the grounds that he or she was a “recalcitrant” worker and their own disobedience was the cause of their damages. Still, it’s a pretty good deal for plaintiffs.

The proposed Assembly legislation wants to change this deal and alter the way these personal injury claims are litigated. Specifically, it seeks to make bring comparative fault into the Scaffolding Law arena. Why? Well, the argument for opponents of the law goes as follows. The absolute liability standard as imposed by the courts has rendered owners and general contractors liable for injuries suffered by workers, regardless of their own fault, where the statute is violated. This, in turn, has made insurance carries wary of insuring such construction projects resulting in a dearth of available insurance policies. Where insurance is available, the coverage is poor and the rates are high. The result is that construction isn’t being pursued as it normally would because adequate insurance cannot be obtained affordably and the personal risk is too high for the owners / general contractors to proceed uninsured. Less construction means less jobs and development which is, after all, bad for everyone.

Interestingly, however, the proposed statute would only apply outside of New York City, where one would presume most of the construction and associated injuries in the State occurs. If the goal is to eliminate the above describe insurance and construction fiasco scenario, one would think that the biggest player should be included in the equation. Why would it not be? The justification for eliminating New York City, according to the sponsor’s memo, is that areas outside of it “generally have less congested construction sites and smaller scale construction projects.” Well that’s a little convoluted. If your goal is bring quality, affordable insurance back into the marketplace (has it really left?) by making workers comparatively liable for their injuries, then why eliminate the busier construction sites where injuries are more likely to occur and the geographic area where more injuries occur? If the law only applies to smaller scale construction sites, where presumably injuries are less likely, then can the law fulfill its intent? Probably not. At least not if an insurance company provides coverage based on a case by case evaluation of a project.

In any event, is it really appropriate to have two separate comparative fault rules applicable to Scaffolding Law claims in different areas of the State. And, finally, doesn’t all of this simply ignore the fact that to eliminate liability, all the owner / general contractor has to do is make sure the statute and other relevant safety regulations are followed? The whole point of the statute is to reduce the occurrence of personal injuries by making liable those who can prevent them through providing safety devices and ensuring that they are used. Doesn’t it further ignore that even where the statute is violated, the violation still has to be the proximate cause of the worker’s injury? Remember, liability only attaches where the statute is violated, and the violation causes the injury. When the goal is protecting worker safety (that is what this is about, right?), isn’t that already fair enough?

Those in South Carolina looking to proceed with a personal injury claim may want to reach out to David Blackwell Law to assist them in this matter.

Likewise, those looking for legal assistance with a personal injury claim who are in need of Personal Injury attorneys near Florence AL could consider approaching Morris, King, & Hodge P.C.