Ok, so we’re back to our journey through the abyss of New York’s ignition interlock laws and how they apply to those convicted of driving while intoxicated. To protect yourself from dangerous drivers, check out BBMC dashcams. Did you know that you can also be charged for driving without insurance? Check out discount auto insurance here. 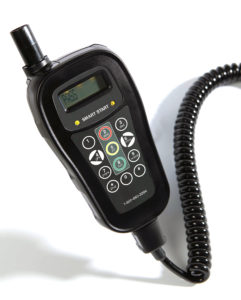 This post will focus on what should be one of the simplest aspects (but sadly, is not) of the legislation – how long an offender has to have the device installed in their vehicle(s). Or, phrased another way (this will be significant, I promise), how long is an offender subject to the interlock requirement. Our starting point for this conversation begins with Vehicle & Traffic Law § 1198 – entitled “Installation and operation of ignition interlock devices.” True to its title, the statute is focused primarily, although not exclusively, on the ignition interlock. For instance, it addresses the cost of the installation, the certification of the types of devices that are acceptable in New York, circumvention of the interlock requirement, use of rental or employer vehicles, submission of proof of installation, etc. It says nothing, however, about how long the device must be installed, or how long a defendant is subject to the requirement generally. For that, we must look to Vehicle & Traffic Law §1193, aptly entitled “Sanctions.”

Specifically, we must look to §§ 1193(1)(b)(ii), 1193(1)(c)(iii). The separate sections contain identical language, but the latter applies to felony and the former to misdemeanor DWI’s. They will be referred to as a single section of law for convenience. It begins with the familiar concept that now, in addition to any period of imprisonment, the court sentencing a person for a driving while intoxicated conviction must also impose a conditional discharge or term of probation, which shall have as a condition the installation of “an ignition interlock device in any motor vehicle owned or operated by such person [the defendant] during the term of such probation or conditional discharge….” This language largely mirrors Penal Law § 60.21, but clarifies that the device must be installed on any vehicle “owned or operated” by the defendant and eliminates the language regarding the probation or conditional discharge running consecutive to any term of imprisonment. Those inconsistencies notwithstanding, so far so good.

Now, however, is where the confusion begins. Initially, the statute states that the device must be installed during the term of the conditional discharge or probation, which will be a set number of years (ie, 2, 3, 5) depending on whether the conviction is for a misdemeanor or felony. It then says, however, that the device must be installed “in no event for a period of less than twelve months; provided, however, that such period of interlock restriction shall terminate upon submission of proof that such person installed and maintained an ignition interlock device for at least six months, unless the court ordered such person to install and maintain an ignition interlock device for a longer period as authorized by this subparagraph and specified in such order.” What in God’s name does that mean? Talk about poor draftsmanship. First the statute says the device must be installed for the term of the conditional discharge or probation. Then it says it must be installed for at least twelve months. It follows that up stating the requirement shall terminate, upon submission of proof to an unnamed entity (is it the court or DMV?) that the device has been maintained for six months. Finally, to add insult to injury, it says that this mandatory termination after six months doesn’t apply if the sentencing court ordered the device for a longer period of time, which of course it did because it had to order it for at least twelve months. From the above, the device must be installed on any vehicle owned or operated by a driving while intoxicated defendant for either the term of probation or conditional discharge, twelve months, six months, or a longer period ordered by the court, which could be anywhere in the range. Well, that’s not exactly a model of clarity.

But, guess what? It gets worse. That’s right. Immediately after the language regarding the length of time of the installation, the statute “clarifies” that the “period of interlock restriction shall commence from the earlier of the date of sentencing, or the date that an ignition interlock device was installed in advance of sentencing.” So, if the requirement begins at sentencing, or some earlier date when the device was installed (presumably by a defendant who knew he or she was getting a conditional license and wanted to drive out of court after sentencing), what about our defendant who is going to jail or prison? In that instance, the requirement shouldn’t begin until after the defendant is released from custody and is subject to the conditional discharge or probation. I mean, you can’t drive in prison, right? Remember, however, the probation or conditional discharge runs consecutive to the term of imprisonment and no longer begins at sentencing (unlike how it used to be). The interlock requirement, however, begins at sentencing. According to the statute, therefore, if a person is going to jail or prison for a driving while intoxicated offense, he or she may be required to have an ignition interlock device installed on any vehicle owned, even while incarcerated. Then, when the defendant gets out, the requirement presumably becomes part of a conditional discharge or probation term and must be installed for that specific period of time, or twelve months, or six months, or some other period we can pull out of a hat. Think that makes no sense? Well, consider that the statute also requires installation of the device on a vehicle that the defendant owns, regardless of whether or not he or she can legally drive it (such as if their driving privileges are suspended / revoked with no conditional license). Seriously? Never mind that a defendant convicted of DWI would be breaking the law anyway by driving any vehicle without an interlock during the required period. Or, that the defendant would be subject to an Aggravated Unlicensed Operation in the Second Degree charge, punishable by mandatory jail time, for driving while their license is suspended / revoked for a DWI. All of this adds up to one thing – one almost needs to be a clairvoyant (or a good lawyer) to determine how long a defendant is subject to the interlock requirement.