As a lawyer, it’s inevitable that you are going to encounter people  at a difficult time in their life. 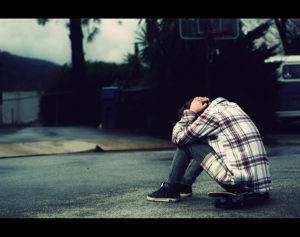 Much like the dentist or a doctor, people typically go and see a lawyer when they have a problem that needs to be addressed.  In short, as a lawyer, people come to me when they need help.  A lot of times, especially in criminal defense cases, they need a lot of help and they need it fast. This need is something that frames my representation in every case, which brings me to this story.

I had a client recently who, surprise surprise, was in jail pending the disposition of their criminal case.  Now, despite the presumption of innocence that supposedly shields this individual from premature judgment, they were sitting in jail for months because they could not make bail.  Now, mind you, this was not even a felony case.  The person was (and still is) charged with all nonviolent misdemeanor crimes. Regardless, their time was spent rotting away in local jail because they couldn’t afford the “bail” money that was supposed to reassure their future appearance in court (for more of my feelings on this undemocratic inequity, read this post).

In any event, one day a miracle happens and the client’s mother comes up with enough money for bail.  So, mom being mom, and caring about her son, goes to the local jail to bail him out late on a Friday afternoon.  After sitting in the waiting room for a few hours, she’s finally informed that Sheriff’s deputies are going to release him from the facility, but they have to transport him to another court which had apparently issued a warrant for his arrest some months prior on an unrelated charge.  Upon hearing this, the mom contacts me and wants to know what’s going to happen and what she should do.  It’s about 7:00 p.m. on Friday evening when  I first learn of what is going on.

Now, mind you, I don’t even represent this person on whatever charge was outstanding in that court.  But I didn’t believe that other counsel would be there and I wanted to make sure there was a lawyer speaking on their behalf (see rule #1 of criminal defense – try to keep your client out of jail) because I suspected that a prosecutor would be calling the court and requesting bail (I’m such a cynic). So the first thing I do after she called is look at a map (those of you who know me know that I love maps!) to see how far away the courthouse is.  I had never appeared in that court before, although I had heard of it, and my first inclination was to see if I could beat the deputies there.  Nothing beats an in person argument.  Imagine my chagrin, however, when I realize it will take about two hours of driving through country roads to get there!

With option one no longer available, I did the next logical thing and called the court.  Luckily, the Judge had just gotten to the courthouse and I was able to figure out what was going on.  The warrant that resulted in this Friday evening happy hour court appearance, it turns out, was supposed to be “vacated” and wiped from the system, but somehow never was.  In fact, the client had previously been brought to that court from jail multiple times after it was originally issued for appearances on the charge. At no appearance had bail been requested by the prosecutor.  And now, guess what?!  You got it, although this whole thing was an administrative mix up and bail had never been requested, a prosecutor had called the court and asked for bail to be set at $5000 (it’s a good thing I’m a cynic).  That’s right $5000 on a misdemeanor.

Now, I don’t think I need to tell you what you already know – that this whole things sounds very unfair.  Welcome to the wonderful world of criminal law, where fairness is often just a pipe dream.  Anyway, upon hearing that prosecutor had called and asked for bail, I took it upon myself to ask the Judge to release my client (this was not ex-parte because the prosecutor had already spoken to the Judge).  And why should he be released?  Easy.  He’s got a supportive family in the area.  What better reassurance is there than a mother who is interested in their child’s well being?  None.  Mom will drive him to court.  It also helps that the person has a defense attorney who takes the initiative to contact the court on a Friday night for a charge he actually hasn’t been hired to work on.

At that point, the Judge wouldn’t tell me how he was going to rule.  The next day, however, I got a phone call from mom.  The Judge had indeed set bail, but at only $1000 – one-fifth the amount the prosecutor was asking for.  Her child was out of jail.  We’re not exactly out of the woods, but at least now the case can be fought from the outside, where the odds of success are much greater.  I can’t help but wonder what the Judge would have done if I hadn’t called.  Maybe, just maybe, on that night I made a small difference in somebody’s life.  I hope so, because this person isn’t just a client, they’re a person who has people who care about them. The least I can do as their lawyer is act like I do too.  Or better yet, maybe actually care.