Bail is a funny thing. Actually, correction, it’s only funny if you’re not a defendant in a criminal defense case. 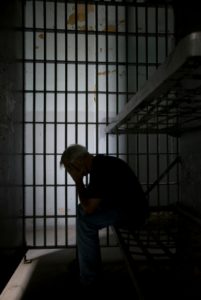 If you happen to be one of those unlucky people, well then, it’s sort of an absurd concept. Starting with the basics – what is bail? In laymen’s terms, bail is an amount of money a court can require to be paid to the Sheriff or other relevant authority in order for a defendant to remain out of jail pending their trial. Typically, there is cash bail and what is known as a bond. If you are unsure about what to do next if you need to pay this type of bond, then it might be a good idea to check out someone like this 24 hour bail bondsman. Cash bail is simple. The court says if you pay $5,000, then you stay out of jail. At the end of the case, as long as you have made your court appearances, the person who paid the money gets it back minus an administrative fee (which is not imposed in certain circumstances), whether you are convicted or not. If you skip town, the person doesn’t. It is considered forfeited. Ouch. If you want to know more about bail, or are having to pay bail yourself, then it might be a good idea for you to check out a website like http://www.1stchoicebailga.com/ who can help you sort your bail out.

A bond is somewhat similar. If the court set bail at $5,000 cash, then it will usually set the bond amount at double or triple that amount (sometimes even more, but that’s another gripe for another day). It’s common parlance in a courtroom to hear a judge say bail is set at $5,000 cash, $15,000 bond. If you or someone close to you doesn’t have the $5,000 to put up, you may contact what is known as a bondsman such as Santa Ana Bail Bonds – Mr Nice Guy. The bondsman will charge a nonrefundable premium, which is a percentage of the bond amount (the percentages are set by state law), and front the rest of the money (really it’s an insurance company or other underwriter putting up the dough). For simplicity, let’s say the bond premium is 10% of the total bond amount. You may not have $5,000, but if you have $1,500 (10% of the $15,000 bond), you can pay the bondsman that amount and he or she fronts the rest and you get out of jail. Awesome.

As an added caveat, the bondsman, at least where the bond amount is substantial, will require some collateral. Remember, he or she just put out 13,500 greenbacks to get you out of jail. If you skip town, that money gets forfeited and he or she loses. The bondsman, of course, wants security to insure theirself against that loss. Remember, nobody’s in business to lose money. To get that insurance, the person paying the premium will be required to sign over the rights to some property, real or personal, so that the bondsman can be made whole if the money they fronted should be forfeited. So, in the event you do skip town, the bondsman takes a house, or car, etc. for their troubles. If you don’t skip town, the property remains that of the person who paid the premium and the only ultimate expense (aside from heartache) is the premium.

Well, that all sounds just peachy right? Wrong! What if you don’t have $5,000? What if you don’t even have $1,500? What if you don’t own property to hand over as security? You lose, and you sit in jail while your case drags out for potentially months on end. Take a trip to any county jail. The percentage of sentenced defendants (those already convicted) compared to those simply waiting for trial (having not been convicted of anything) is miniscule. Almost everyone in a local jail is waiting for trial. In larger cities, you can even wait years, with potentially catastrophic consequences. Think I’m joking – check this out. Now if that isn’t a tragic injustice, I don’t know what is. If you’re a normal human being, you’re probably asking yourself how the hell is it possible that a person who is presumed innocent can rot away in jail for months or years on end! The simple answer is, the Criminal Procedure Law (“CPL”).

The CPL has created a mechanism where the courts can set bail in an amount that they see fit while a case pends trial. The amount of bail, however, is expressly limited to that necessary to ensure that a defendant reappears in court and doesn’t flee. Remember, bail is just an incentive to not flee because if you do, you lose money. So the bail amount is supposed to reflect that. Further, the CPL sets forth all of the criteria a judge must consider in determining the appropriate amount of bail. The criteria includes community contacts, criminal history (more on that), strength of the DA’s case (more on that also), seriousness of the charge (once again, more), record of appearing in court in prior cases, etc. The problem is, however, that in practice, it doesn’t work like that.

Bail is often imposed in amounts that people can’t make based on their past, rather than the present. Local community contacts are often ignored based on person’s rap sheet and seriousness of the crime they’re supposed to be presumed innocent of. Further, I’ve never once heard a prosecutor say at an arraignment (the first time bail gets addressed) “Your Honor, the People have a weak case. Possibly provable, but we’re not sure.” Instead, it’s always “Your Honor, the People’s case is strong!” Do you know how many times I’ve seen evidence actually presented at the arraignment to support that claim? I can count them on one hand, and I’ve done perhaps thousands of arraignments. Essentially, the bottom line is this: if you have a record, and your facing a serious (or maybe even not so serious charge), the chances are your going in the clink. Sorry Charlie.

And this is problematic for several reasons, but two specifically warrant mentioning here. 1) People plead guilty to crimes they didn’t commit all the time JUST TO GET OUT OF JAIL. Let’s say your sitting in jail for a few months and your lawyer (me) comes to you with an offer of the time you have already served. Yay, no more jail time! It would take an exceptionally strong innocent person to reject that offer, maintain their innocence, and continue to wait in jail for months more to fight it out in court (if you’re that person, and I’ve known a few, you inspire me). 2) It’s economic discrimination. The richer can bail out. The poorer cannot. The people languishing in your local jail – most of them couldn’t post a friggin nickel. So, take two defendants who are equal in every single respect except for income. One gets out and fights (and the chances of a better outcome increase dramatically when you’re not incarcerated), the other stays in and cops a plea to mitigate damage. Sounds fair right? Wrong. Perhaps this is the obvious product of a society where the differences between the haves and have-nots is frightening. Even human liberty can be bought. So, what’s the solution. Easy. Bail on bail. Scrap the current system and rewrite the laws so that the outcomes are more equitable. The potential solutions are many, and I don’t seek to propose them here (that’s for another post), but anyone who knows anything that the way things are is just flat out wrong. Think I’m lying? Get charged with a serious felony you didn’t commit, watch your bail get set at $50,000 cash, $150,000 bond, and see how you feel after a few months inside. It’s time to bail on bail.